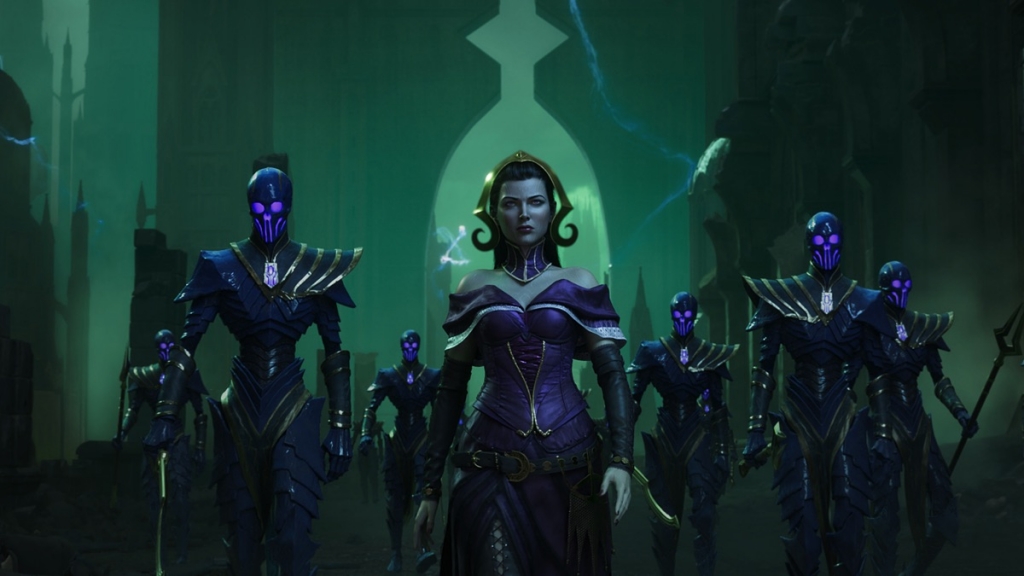 HOW AXIS STUDIOS USED KITBASH3D TO GO FULL VISTA ON ITS ‘MAGIC THE GATHERING: WAR OF THE SPARK’ TRAILER.

When Wizards of the Coast needed a trailer to promote its Magic the Gathering: War of the Spark card set, the games company looked to Axis Studios to create one in full CG. Mirroring the cinematic story of the set, the trailer, directed by Stu Aitken, would be the lead-in to the finale of an epic five year storyline encompassing the conclusion to plot lines featuring a raft of various characters and situations.

One of the key elements in the trailer included views of the world of Ravnica, including depictions of the destruction caused by the ongoing war with the army of the Elder Dragon Bolas. To help achieve a large environment of Ravnica—a cityscape consisting of gothic style grand halls, decrepit slums, and ancient ruins, with layer upon layer of stonework—Axis relied on various KitBash3D kits to streamline the process. Which kits? Find out, below.

Axis Studios lead environment artist Christopher Livesey was responsible for breaking down the required environments in the trailer into key areas in order to help plan the CG asset builds.

“It was all about working together with the environment team, production and the concept team, continuously communicating to find creative solutions to any stumbling blocks we may encounter,” Livesey says. “Always taking the scope into consideration whilst also hitting the clients expectations. That’s where KitBash3D came in, to help achieve the large vista of Ravnica within our schedule. We had to find creative solutions to deliver the clients vision on time, on budget all while looking as awesome as we can make it.” 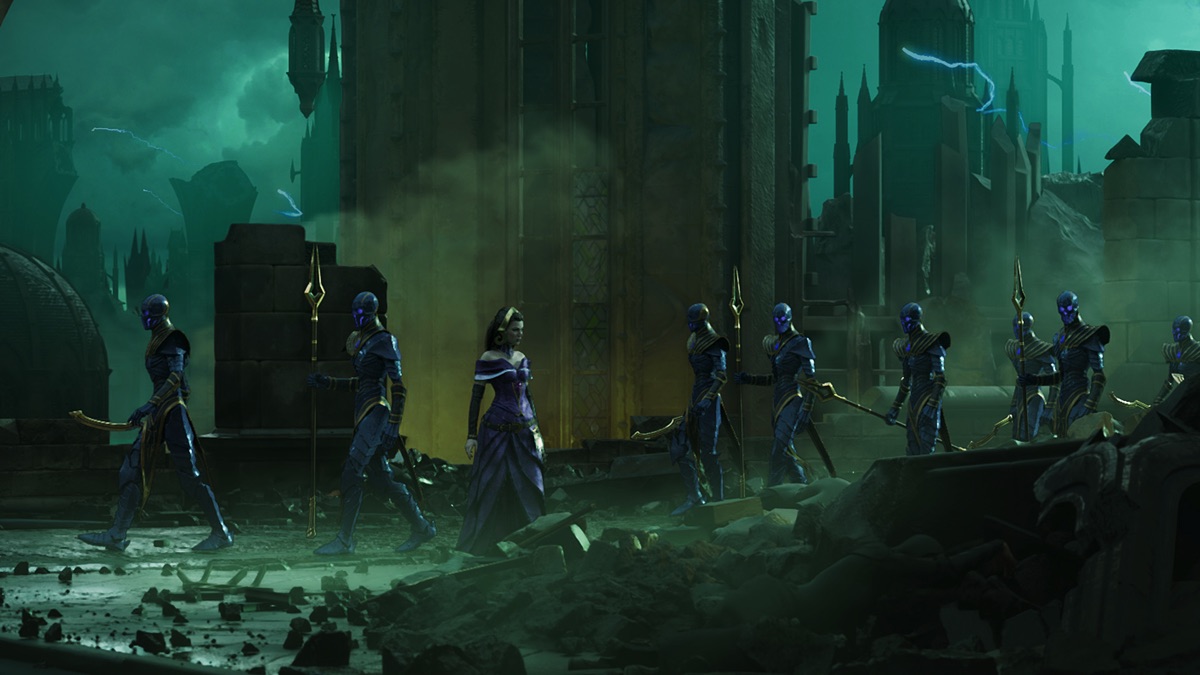 The Axis team began by building proxies to assess which elements were going to be close to the camera and what might not need as much detail in the background. “Using the KitBash3D assets allowed us to focus our time and efforts on areas that will be seen close up in the camera,” states Livesey.

“WE COMBINED ELEMENTS OF THE DIFFERENT KITS TOGETHER, LITERALLY BASHED THE KITS TOGETHER TO FIT THE LOOK WE WERE TRYING TO ACHIEVE.”

Once they had established what the viewer was going to see through the camera, Axis artists went ahead and crafted detailed designs for these elements, as well as wider concepts to get a feel for the setting.

“For the mid-ground buildings and some details on the pyramid structure we decided to use KitBash3D assets and elements,” says Livesey. “For the distant towers and buildings, KitBash3D assets were used as a base for the DMP. We also wanted to add a sense of depth to the city; this was achieved through multiple layers of towers and seeing layered silhouettes through the arches of Ravnica to help sell the scale of the city.” 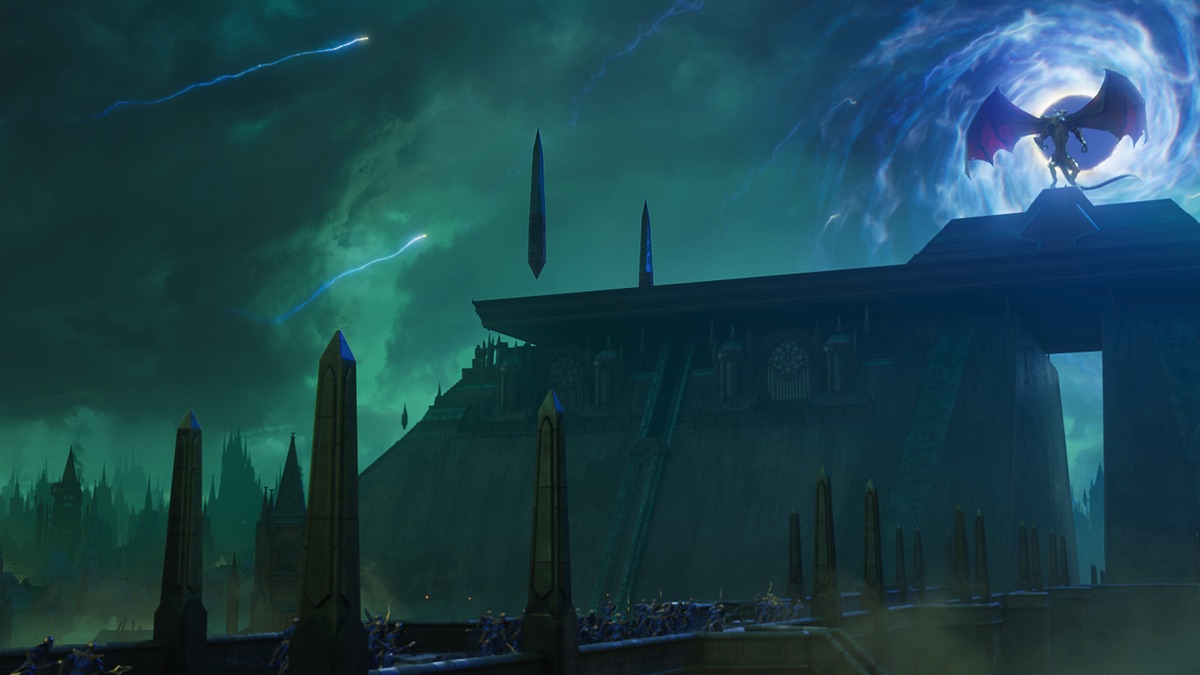 On top of these assets, artists at Axis then added a layer of destruction, removing roofs, blasting edges of buildings and adding their own textures to give the sense that the environment had been through a continuous war. 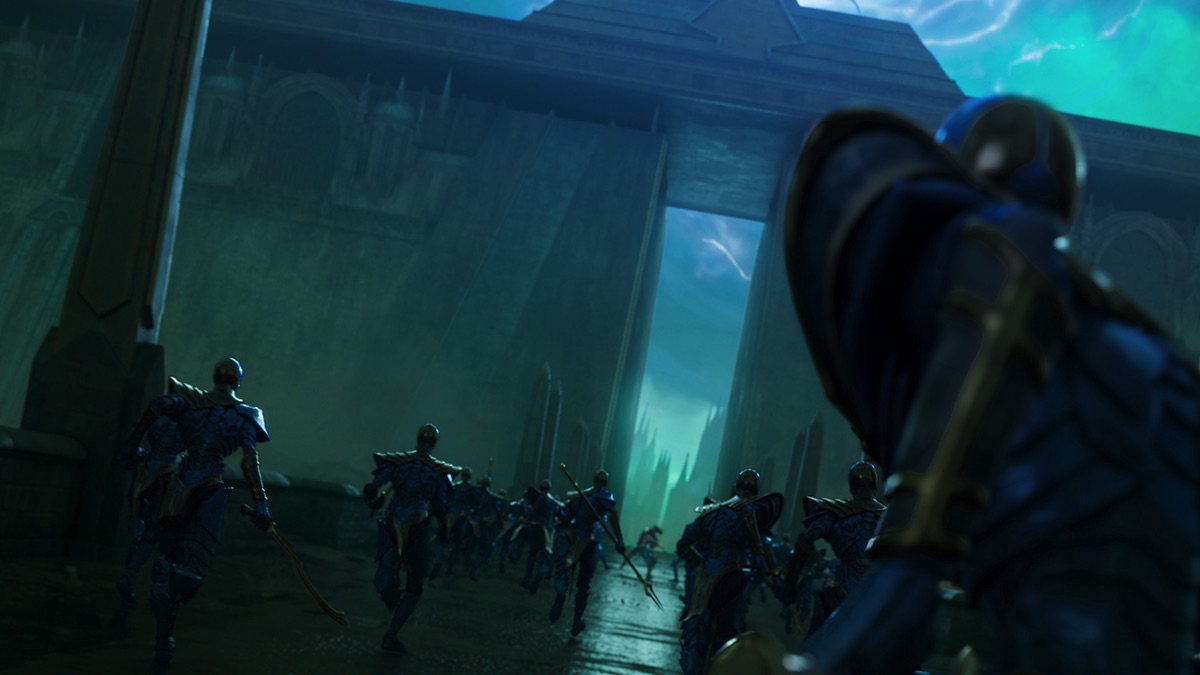 “KitBash3D kits allowed us to achieve this as they give a good base to start with which we then added layers to and altered the look to fit within the world of Ravnica,” details Livesey.

“As Magic the Gathering has such a hardcore fan base and its card art is so well known, being authentic to that and achieving the look was a very important part of the project. It was a quick turnaround on the project so using KitBash3D helped us achieve the epic scale we wanted to create in the timeframe we had.”